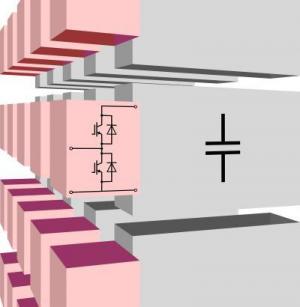 Power Grid of the Future Saves Energy | Power Grid Saves Energy, Cars and trucks race down the highway, turn off into town, wait at traffic lights and move slowly through side streets. Electricity flows in a similar way — from the power plant via high voltage lines to transformer substations. The flow is controlled as if by traffic lights. Cables then take the electricity into the city centre. Numerous switching points reduce the voltage, so that equipment can tap into the electricity at low voltage. Thanks to this highly complex infrastructure, the electricity customer can use all kinds of electrical devices just by switching them on.

“A reliable power supply is the key to all this, and major changes will take place in the coming years to safeguard this reliability. The transport and power networks will grow together more strongly as a result of electromobility, because electric vehicles will not only tank up on electricity but will also make their batteries available to the power grid as storage devices. Renewable energy sources will become available on a wider scale, with individual households also contributing electricity they have generated,” says Professor Lothar Frey, Director of the Fraunhofer Institute for Integrated Systems and Device Technology IISB in Erlangen.

In major projects such as Desertec, solar thermal power plants in sun-rich regions of North Africa and the Middle East will in the future produce electricity for Europe. The energy will then flow to the consumer via long high-voltage power lines or undersea cables. The existing cables, systems and components need to be adapted to the future energy mix now, so that the electricity will get to the consumer as reliably and with as few losses as possible. The power electronics experts at the IISB are working on technological solutions, and are developing components for the efficient conversion of electrical energy.

For energy transmission over distances of more than 500 kilometers or for undersea cables direct current is being increasingly used. This possesses a constant voltage and only loses up to seven percent of its energy over long distances. By comparison, the loss rate for alternating current can reach 40 percent. Additional converter stations are, however, required to convert the high voltage of the direct current into the alternating current needed by the consumer.

“In cooperation with Siemens Energy we are developing high-power switches. These are necessary for transmitting the direct voltage in the power grid and are crucial for projects like Desertec. The switches have to be more reliable, more scaleable and more versatile than previous solutions in order to meet the requirements of future energy supply networks,” says Dipl.-Ing. Markus Billmann from the IISB. To this end, the research scientists are using low-cost semiconductor cells which with previous switching techniques could not be used for high-voltage direct-current transmission (HVDCT).

“At each end of a HVDCT system there is a converter station,” explains the research scientist. “For the converters we use interruptible devices which can be operated at higher switching frequencies, resulting in smaller systems that are easier to control.” A major challenge is to protect the cells from damage. Each converter station will contain about 5,000 modules, connected in series, and if more than a few of them failed at the same time and affected their neighboring modules a chain reaction could be triggered which would destroy the entire station. “We have now solved this problem. With our cooperation partners we are working on tailor-made materials and components so that in future the equipment will need less energy,” says Billmann.

The above story is reprinted  from materials provided by Fraunhofer-Gesellschaft.